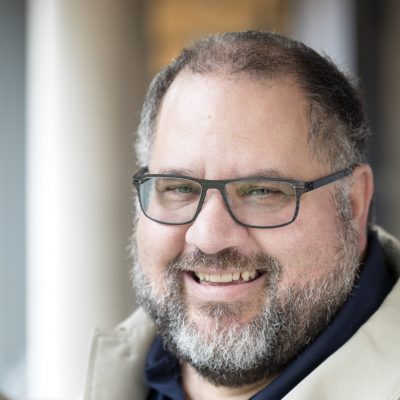 Professor Zumbo, UBC Distinguished University Scholar, is a mathematical scientist trained in the scholarly tradition that combines pure and applied mathematics with statistical and algorithmic techniques to develop theory and solve problems arising in statistical science, measurement, testing, and surveys in the social, behavioral, and health sciences.

His program of research is actively engaged in development of statistical and psychometric methods for  quality of life and well-being, health and human development, and language testing. This applied work, in the end, feeds his primary research program in research methodology and measurement.

His scholarly life is driven by an immense curiosity and desire to learn. This has meant that his primary focus has been on understanding and articulating the mathematical and conceptual nuances of measurement, test theory, and surveys. This focus on understanding coupled with a great deal of energy and commitment to knowledge dissemination and mobilization has resulted in a prolific record of published research papers, monographs, edited volumes, and invited addresses and webinars available online. His first peer-reviewed scientific publication appeared in 1987 when he was 21 years old.

He began his professorial career in 1990 with his first tenure-track appointment in the Faculty of Education with an adjunct appointment in the Department of Mathematics at the University of Ottawa (1990-1994). He subsequently held professorships in the Departments of Psychology and of Mathematics at the University of Northern British Columbia (UNBC, 1994-2000), prior to starting his current appointment in the Measurement, Evaluation, and Research Methodology (MERM) Program and associate membership in the Institute of Applied Mathematics (IAM) at the University of British Columbia in 2000 where he is Professor and Distinguished University Scholar, the Canada Research Chair in Psychometrics and Measurement (Tier 1), the Paragon UBC Professor of Psychometrics & Measurement and twice selected a Killam Laureate; Faculty Research Prize – 2017 in recognition of outstanding research and scholarly contributions, and Teaching Prize – 2012 in recognition of excellence in teaching.

Click on the icons below to take you the URL.

The UBC Psychometric Research Webinar Series is part of the knowledge mobilization efforts to maximize the impact of the research emerging from the UBC Canada Research Chair (Tier 1), Psychometrics and Measurement. We aim to foster improved psychometric research and practice, testing, assessment, and survey design globally.

Director of the Edgeworth Laboratory for for Quantitative Educational & Behavioural Science, UBC