CNPS Research Colloquium: From a “color blind” to an anti-racist psychology 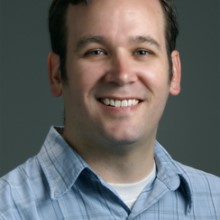 In recent decades, psychology and psychological science have been criticized as lacking cultural awareness and failing to represent the global population, especially in terms of populations that are not “WEIRD” (i.e., Western, educated, industrialized, rich, and democratic). I argue that this is due in part to an implicit “color blind” ideology in regards to matters of social justice and anti-racism, and I will illustrate this argument through a number of ways, including the limits of research on potentially harmful therapy as well as the limits of professional practice guidelines for working with Indigenous clients and communities. In the current societal context of increased critique about and within the academia in terms of systemic racism, there is a clear appetite (especially among younger scholars) for a more genuinely anti-racist psychology. However, as one might imagine, such a shift would require significant structural change within the profession (to say nothing of society at large). I argue that a key problem is academic psychology’s alliance (however unintentional) with research agendas and funding priorities that emphasize genetic, biological, neurological, and cognitive structures, processes, and mechanisms (often quite removed from practical and societal realities), while neglecting social, cultural, and political structures (to say nothing of psychotherapy research) that are more immediate priorities for racialized, oppressed, and otherwise marginalized populations. (As a side note, the former research priorities have made very little difference in terms of practical applications in general, in spite of billions of dollars in funding.) It will be quite difficult, if not impossible, for psychologists to move meaningfully towards an anti-racist agenda without strenuous efforts to prioritize and incentivize socially and politically relevant research and practice models for these populations. Let’s brainstorm how.

The meeting will occur over ZOOM, and details have been sent to all ECPS students and faculty.